Menu
— THE STORY SO FAR —
Septicflesh was formed in Greece in the early ’90s by Spyridon Antoniou (a.k.a. Seth Siro Anton): vocals/bass, Christos Antoniou: guitar and Sotirios Vagenas (a.k.a. Sotiris Anunnaki V.): guitar/ clean vocals. A debut Ep was released in 1991, entitled “Temple of The Lost Race”. Their first full-length album “Mystic Places of Dawn” was released in 1994, followed by “EΣΟΠΤΡΟΝ” that was released in 1995.

With the release of “Ophidian Wheel” in 1997, a female soprano vocalist (Natalie Rassoulis) was introduced, as the band moved towards a more symphonic style. “A Fallen Temple” (released in 1998) continued in the same musical direction. In 1999 “Revolution DNA” was released, followed by Sumerian Daemons in 2003, both albums produced by Fredrik Nordström. 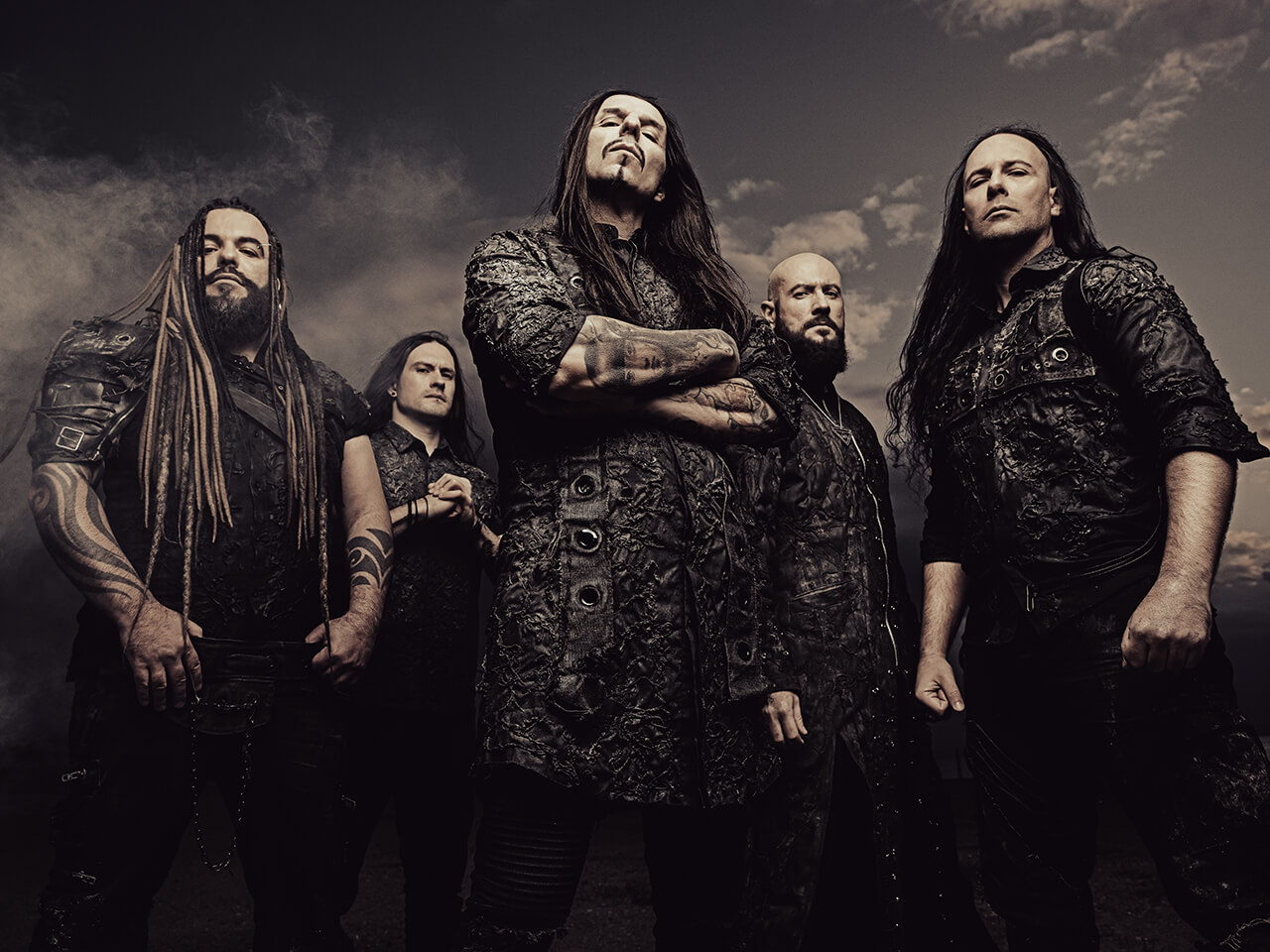 Although the band’s popularity was growing, the band members decided to disband it, in order to focus on other personal projects and goals. But that wasn’t the end of the story… After a reunion, the band returned with the album “Communion” in 2008, again with Fredrik Nordström at the helm of production. From that point and on, the symphonic element (composed by Christos Antoniou, that has a Master Degree in Concert Music) was fully implemented in the structure of the songs, with the collaboration of Filmharmonic Orchestra of Prague. Then followed “The Great Mass” (2011) with Peter Tägtgren as producer, “Titan” (2014) with Logan Mader as producer and “Codex Omega” (2017) with Jens Bogren as producer. In 2020, the recording of the epic and fully orchestrated Live in Mexico entitled “Infernus Sinfonica MMXIX”, was released on CD/LP/DVD/Blu-Ray.

Septicflesh joined forces with Nuclear Blast records and now it is time for the next phase in the band’s history, with a new album soon to be released. Once again Jens Bogren is responsible for the bombastic mix and sound production. Seth Siro Anton, that is also in charge for the visual aesthetics of the band, has created a really intense cover and artwork. The band further developed its unique sound that combines emotional, symphonic/soundtrack music with Aggressive Death Metal. The songs have many layers, while on the same time they manage to be catchy. Besides the continuous collaboration with the Filmharmonic Orchestra of Prague, the band used a full adult choir, a full children choir and a variety of ethnic instruments.